Russia Has No Plans to Invade Ukraine – French Intelligence 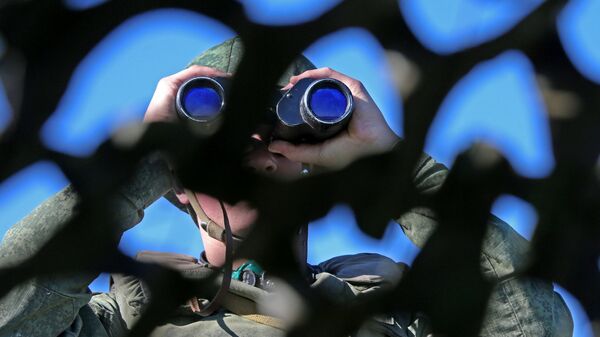 Russia and the West are currently experiencing the worst freeze in relations since the fall of the Soviet Union, with the United States and the European Union accusing Moscow of "annexing" Crimea, fanning “separatism” in eastern Ukraine and planning further incursions into the territories of its immediate and even not so immediate neighbors.

Countries of N Europe Expand Military Cooperation Citing 'Russian Threat'
Not everyone in the West is buying all this, however, with dissenting voices increasingly being heard in Europe and beyond.

Including that of General Christophe Gomart, the head of France’s military intelligence, who recently told a parliamentary hearing that NATO commanders should listen more to French intelligence reports and a bit less to what is being told them by the ever-present Americans.

“Our conclusion eventually proved correct because even if some Russian soldiers had indeed been seen on the Ukrainian side of the border, it was just a ploy, meant to bring pressure to bear on President Poroshenko, rather than an attempt to invade Ukraine,” he added.

Old habits die hard, however. As if to prove this deplorable truth, five Northern European states, including Sweden and Finland, signed on Friday a joint declaration on the expansion of military cooperation in the face of what the countries' defense ministers called "Russian aggression against Ukraine.”

NATO-Russia Cooperation Just 'Shadow From 90s' - Political Activist
According to Norwegian defense analyst Janne Haaland Matlary, the declaration takes the cooperation strategy as far as it can go without explicitly creating a NATO community with non NATO-members Sweden and Finland, but adds that it could be a step further to full membership.

“Finland and Sweden have also decided to keep their exercises to NATO standard, which implies a step on the way towards NATO. Today, there are no political grounds for them to join NATO, public opinion is not frightened enough, and referenda will be required. But what is happening now still looks like a preparation for membership,” Janne Haaland Matlary told Aftenposten newspaper on Friday.

She warned, however, that Russia would perceive the message as aggressive.