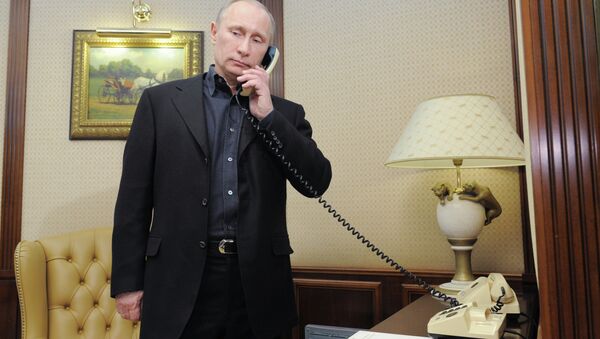 "The sides discussed in a friendly atmosphere various aspects of bilateral cooperation…with the focus on joint projects in the energy sector, including the 'Turkish Stream' [gas pipeline]," the Kremlin said.

In December 2014, Russia's energy giant Gazprom and Turkish pipeline corporation Botas signed a memorandum of understanding on the construction of a Black Sea gas pipeline, often referred to as the Turkish Stream pipeline, with an annual capacity of 63 billion cubic meters. The first leg of the Turkish Stream pipeline is scheduled to be constructed by the end of 2016.

The proposed pipeline should replace the canceled "South Stream" project.