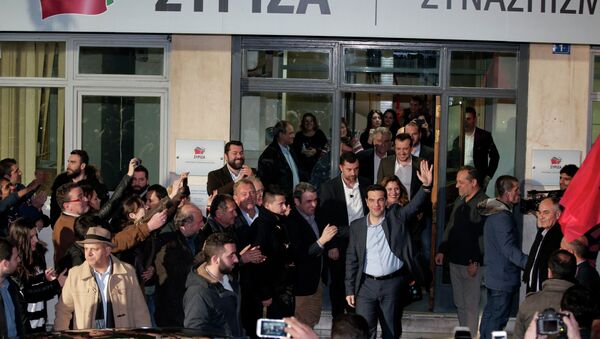 "I want to say, simply, that from this moment, there is a government," Panos Kammenos, the Independent Greeks leader, was quoted as saying by The Guardian on Monday after a meeting with Syriza.

Kammenos said that his party would give a vote of confidence to Syriza's new leader, Alexis Tsipras. The new Greek prime minister will meet with the country's president and later announce his cabinet.

"The aim for all Greeks is to embark on a new day, with full sovereignty," Kammenos was quoted by the newspaper as saying.

Syriza is leading the final count of the election polls with 36.34 percent of votes and is expected to win 149 seats, two seats short of a parliamentary majority.

Earlier on Monday, Russian President Vladimir Putin congratulated the Syriza leader on his party's victory in the elections, saying that Moscow was ready to cooperate with the new government in Greece.