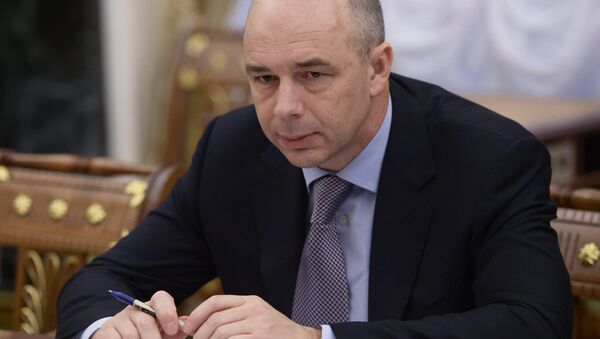 © Sputnik / Aleksey Nikolskyi
/
Go to the photo bank
Subscribe
Russian Finance Minister Anton Siluanov stated that budget deficit for 2015 is estimated to be between two and three percent.

“This year we’ll actually have a larger deficit than was planned, so it will most likely be in intervals if we make decisions on optimizing expenditures and should be no more than two, maximum three percent [of the GDP],” Siluanov said on RBC television.

Earlier on Wednesday, Russian Deputy Economic Development Minister Alexei Vedev said Russia's inflation in 2015 will peak in March and April, topping out between 15 and 17 percent. In December 2014, the Russian Central Bank head predicted this figure to be around 10 percent in the first quarter of 2015.

Russia's economy is suffering a slowdown due to a dramatic decline in oil prices and current geopolitical tensions, including Western sanctions imposed on Moscow over the Ukrainian crisis. Russian president Vladimir Putin said in his December press conference that the economy would recover in the next few years. According to a forecast by the European Commission, inflation in Russia may drop to six percent as early as in 2016.