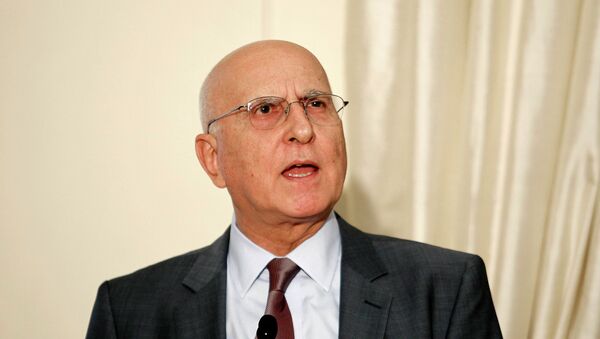 Greece needs to hold third round to elect the country's president, presidential candidate Stavros Dimas requires at least 200 votes from the 300-member parliament.

Greek Negotiators, Creditors to Meet in Paris for Talks Tuesday: Ministry
ATHENS, December 23 (Sputnik) – The Greek parliament was again unable to elect the country’s president for a second time after one-third of the parliament abstained from voting Tuesday.

A final and third vote will be held on December 29. If the president is not elected then, the parliament will be dissolved and early elections will be declared.

The new political crisis could potentially exacerbate the economic crisis which the country has been struggling with since 2010. Greece has been dependent on billions of Euros in rescue loans from the EU and the International Monetary Fund in exchange for strict austerity measures. Germany played a leading role in helping the country secure the financial assistance.