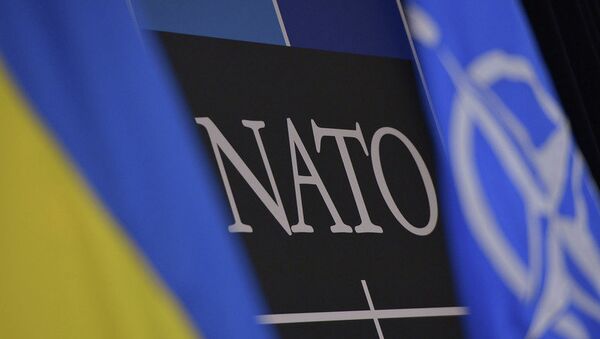 © NATO
Subscribe
According to the press service of the People's Front party, Ukraine may get rid of its non-bloc status and enter NATO.

"Ukraine is getting rid of its non-bloc status and a clear prospect of entering NATO will appear before our country," the press service quoted People's Front leader Oleksandr Turchynov as saying.

In November, NATO's Secretary General Jens Stoltenberg stated that NATO's door for Ukraine remained open, but Kiev had not applied for membership.

Stoltenberg: Door Still Open for Ukraine to Join NATO
Ukraine's non-aligned status was outlined in a 2010 law signed by then-president Viktor Yanukovych. In August, a bill dropping the country's non-alignment status was submitted to the Ukrainian parliament and Prime Minister Arseniy Yatsenyuk announced that the country aimed to renew its path to becoming a NATO member.

In mid-November, German Foreign Minister Frank Walter-Steinmeier stated that Ukraine's NATO membership would not be possible in the foreseeable future, as the bloc's regulations do not allow countries involved in territorial disputes to become members.

On November 21, five Ukrainian parties, including the People's Front, signed a draft coalition agreement signaling that NATO membership would be one of the top priorities of Ukraine's new government.