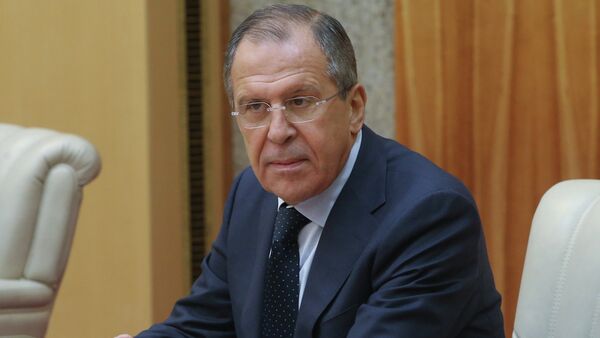 © Sputnik / Egor Eremov
/
Go to the photo bank
Subscribe
Russian Deputy Foreign Minister Sergei Ryabkov said that the arrival of Russian Foreign Minister to Vienna for the participation in the talks over Iranian nuclear program is still not confirmed.

"Lavrov is obviously looking into the possibility [of coming to Vienna], as the issue becomes more acute and this is very probable, but I cannot say he has made this decision already," Ryabkov said Friday.

The final round of Tehran's talks with the P5+1 group, which comprises Russia, the United States, the United Kingdom, France, China and Germany, began in the Austrian capital of Vienna on Tuesday.

On Thursday, Ryabkov said that the atmosphere at the talks was tense and that the participating delegations might need to consult with their capitals to assess the situation. However, he expressed hope that the deal could still be reached by the November 24 deadline.

Iran is currently subject to a number of sanctions passed by the UN Security Council, as well as economic sanctions by the European Union, the United States, and a number of other countries that are accusing Iran of attempting to develop nuclear weapons under the guise of a civilian nuclear program. Tehran has denied these claims, stressing that its nuclear development is for peaceful purposes only.