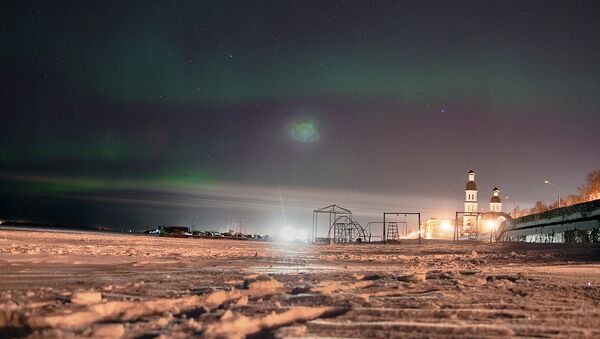 Arkhangelsk's regional government has proposed the launch of a new air route which would ultimately connect the northern territories of several countries in the Barents region, RIA Novosti reports.

Russia’s Arkhangelsk Region is presently chairing the Barents Regional Council. Proposals for the development of new logistical routes in the region were discussed at a meeting attended by Arkhangelsk Region Governor Igor Orlov and other leaders of the northern territories in Kirkenes, Norway.

The idea calls for the creation of an air route which would create a ring of stops in the Barents region.

This year a test route was created from the Norwegian city of Tromso to the Finnish city of Oulu. In January, 2015 the route is set to become regular. In Arkhangelsk, a Syktyvkar –Kotlas –Arkhangelsk route has recently been created.

“There is an idea on the expansion of the [Syktyvkar-Kotlas-Arkhangelsk] route to Petrozavodsk and Oulu. This would result in the closing of a ring of air routes. It [would] make it possible to fly not only via the capitals, but directly, which would be very convenient,” Kalinin said. The spokesman added that the possibility of creating such a route would depend on the airlines and interested parties.

The Barents Euro-Arctic Council (BEAC) was established in January 1993 via the signing of the Kirkenes Declaration. The organization has the goal of enhancing international and regional cooperation and ‘people’s diplomacy’ in the area.

BEAC’s territory comprises 1.9 million square kilometers, and has a population of 6 million. It includes the Norwegian counties of Nordland, Troms, Finnmark and Lena, the Swedish counties of Norrbotten and Västerbotten, the Finnish regions of Lapland, Northern Ostrobothnia and Kainuu, and the Russian regions of Arkhangelsk, Komi, Karelia, and the Nenets Autonomous Region.