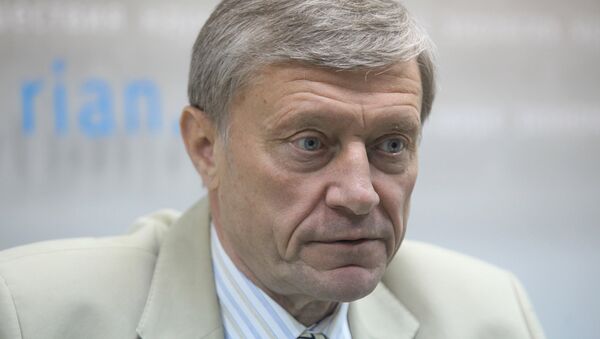 "I believe this was a highly beneficial meeting that allowed once more to…outline some joint activities, for example, the functioning of the [OSCE] Border [Management Staff] College in Dushanbe…assisting Tajikistan in protecting the Tajik-Afghan border," Bordyuzha said.

The Secretary General of the Collective Security Treaty Organization (CSTO) said that during the Wednesday meeting with Zannier, he also raised his concerns about NATO's attempts to get involved in the Ukrainian crisis.

"Ukraine is not one of our members, so we do not want to interfere in these [Ukraine's] affairs. However, to our surprise, NATO is trying to intervene in the conflict [by] sending a group of instructors, conducting training in a country which is at war," Bordyuzha said.

The political leadership of Ukraine is responsible for restoring order in the country and any external interference only complicates the situation, Bordyuzha stressed, noting however, that the observer mission of the Organization for Security and Co-operation in Europe (OSCE) in Ukraine is making a positive contribution.

OSCE monitors were sent to Ukraine in March, after Kiev launched a military operation against independence supporters in the country's southeastern regions. On September 5, a ceasefire agreement was reached between the two sides, but both the Kiev forces and independence fighters have been accusing each other of violating the truce.