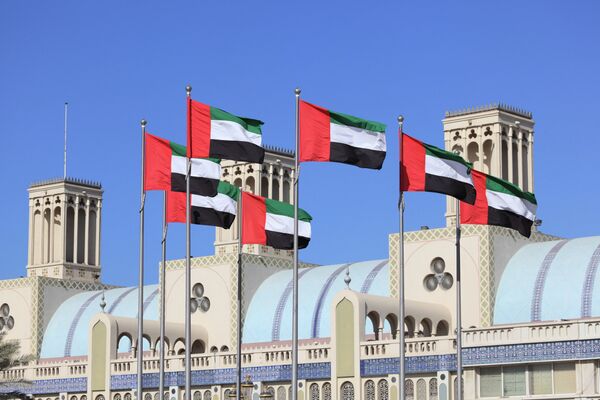 All 15 have been charged with belonging to foreign terrorist organizations and collecting funds for them. Some of them also have been accused of illegally manufacturing explosives, possessing firearms and launching an extremist website.

The trial began in Abu Dhabi last month, though four of the suspects are wanted and undergoing trail in absentia. Nine suspects are citizens of the UAE, the rest of them are immigrants from Syria and the Comoros.

According to the prosecution, some of the suspects have been trained in al-Nusra Front and Ahrar ash-Sham camps to fight government forces in Syria, while others provided extremists with logistical support, recruited new members in the UAE and raised funds for the Islamist groups. Members of the cell were crossing into Syria from Turkey and delivering goods, including 14,000 automobile engines, via the same route, the media outlets reported.