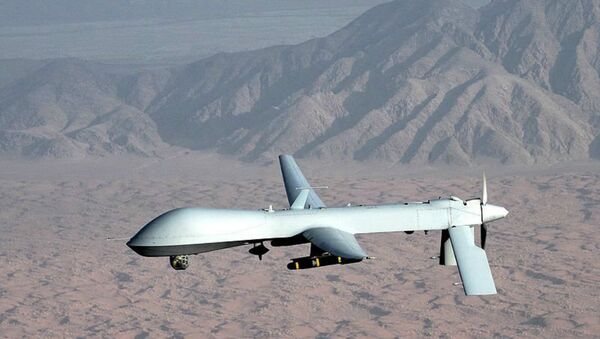 Fewer than 4 percent of victims of US drone strikes in Pakistan have been identified as members of al-Qaeda, a study conducted by the UK Bureau of Investigative Journalism shows.

MOSCOW, October 17 (RIA Novosti) – Fewer than 4 percent of victims of US drone strikes in Pakistan have been identified as members of al-Qaeda, a study conducted by the UK Bureau of Investigative Journalism shows.

"Only 704 of the 2,379 dead have been identified, and only 295 of these were reported to be members of some kind of armed group….Only 84 are identified as members of al Qaeda – less than 4% of the total number of people killed," the Bureau of Investigative Journalism reported Thursday.

"Few corroborating details were available for those who were just described as militants. More than a third of them were not designated a rank, and almost 30% are not even linked to a specific group," the Bureau noted.

The data was collected as part of the Bureau's "Naming the Dead" project. According to the organization, the names of the people killed by US drones in Pakistan since June 2004 and further details were collected over a year of research in and outside Pakistan, using various sources, including Pakistani government records leaked to the Bureau.