Barroso: Elections in Donetsk, Luhansk Should Be in Line With Ukraine Law 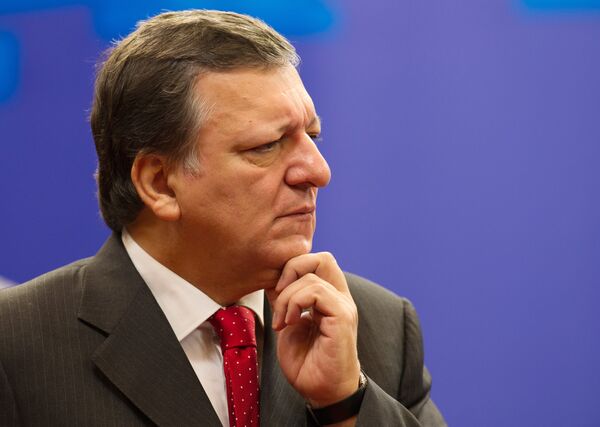 The elections in self-proclaimed Donetsk and Luhansk republics should be held in line with the legislation of Ukraine, European Commission President Jose Manuel Barroso said Friday.

"Now, three main points. First is verification of the ceasefire, secondly – the need to have local elections in that part of Ukraine in full respect of the Ukraine law, and third – the needs to control and verify the situation on the border," he told reporters during the ASEM summit in Milan.

"There will be other meetings that will discuss more details how to implement these broad agreements," he said.

The law stipulates that local elections are to take place in the areas on December 7 and also guarantees the right to use Russian or any other language.

The law is part of a peace roadmap negotiated by Ukrainian President Petro Poroshenko and representatives of the self-proclaimed republics of Donetsk and Luhansk. The roadmap also included an agreement to a ceasefire, which came into force September 5.

Meanwhile, the leaders of the self-proclaimed republics have stressed that they want full independence from Ukraine and have set elections of regional leaders and legislative bodies for November 2, while the rest of Ukraine is holding a snap election to the Verkhovna Rada, the country's parliament, on October 26.