Russia's Putin Vows Closer Cooperation with WHO in Ebola Fight 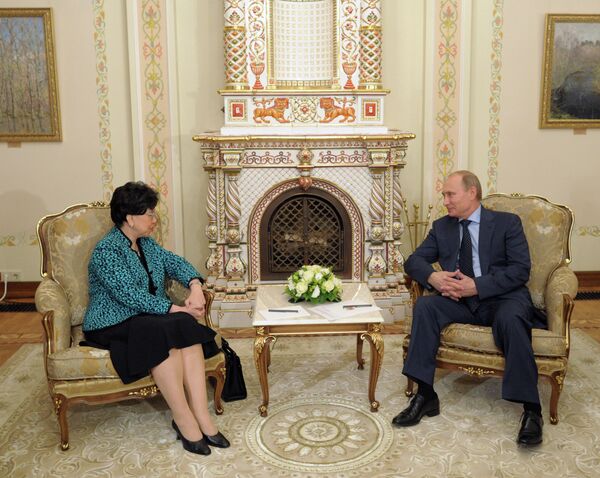 "We must act wisely to prevent the spread of this disease among our population," Putin said during a meeting with WHO Director-General Margaret Chan.

A team of Russian epidemiologists, virologists and bacteriologists is currently stationed in Guinea. Moscow earlier stated that it was considering sending additional medics to Africa in order to stop epidemic spread.

Russia’s public health watchdog Rospotrebnadzor confirmed that there was currently no risk of Ebola epidemic spread in Russia.

The Ebola epidemic in West Africa broke out in southern Guinea in February, and later spread across Liberia, Sierra Leone, Nigeria, and Senegal. According to the WHO, a total of 8,399 cases of the Ebola virus disease have been reported as of October 8. The disease has killed 4,033 people so far. Two people have been infected with the virus in the United States, and one person caught the disease in Spain, while several others came to the US and the EU having already contracted the virus in the Ebola-hit West African countries.

The Ebola virus is transmitted through direct contact with the bodily fluids of those infected. There is no officially approved medication for the disease. Earlier today, Russian Health Minister confirmed that Russia is developing an Ebola vaccine and is now ready to test it on primates.