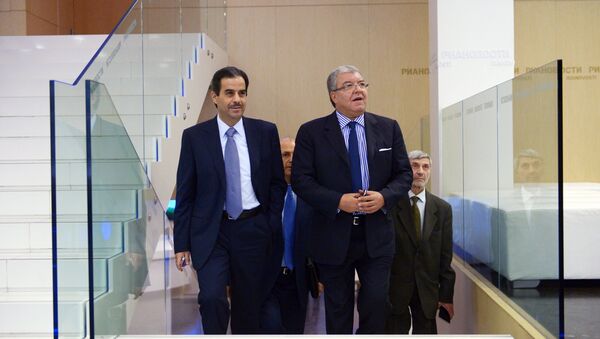 "Lebanon supports friendly relations with Russia on all issues concerning the situation in Arab countries. In 2006, after the Israeli aggression in Lebanon, Russia sent technology to assist in the reconstruction and restoration of Lebanon," Nassar said.

The ambassador noted that Lebanon plans to purchase Russian weapons, using part of the remaining funds it has received from Saudi Arabia. The purchases were discussed during the visit of a Lebanese military delegation to Moscow last week.

"Saudi Arabia has allocated financial aid [to Lebanon]. We will be buying Russian weapons," Nassar said.

According to the ambassador, Lebanon will also be working on developing trade cooperation with Russia, especially in view of the economic sanctions that have been imposed against Moscow by the West.

"Of course Lebanon cannot fill the Russian market with fruits and vegetables [to the full], but we can supply them as a token of support for Russia," Nassar said.

A number of Western countries have introduced several rounds of sanctions against Russia, targeting its oil, defense and banking sectors, following Crimea's reunification with Russia in March. The restrictive measures were introduced over Moscow's alleged involvement in the Ukrainian conflict.

In August, Russia introduced a one-year ban on certain food imports from the European Union, the United States, Australia, Canada and Norway in response to the sanctions they had imposed against Moscow.