Cyprus Delegate Warns PACE About Rise of Neo-Nazism in Ukraine 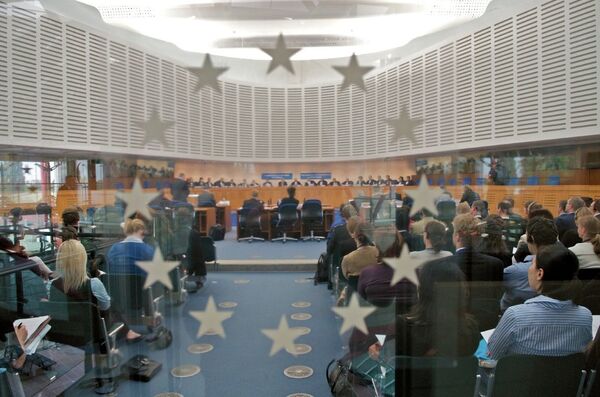 Cyprus delegate to the Parliamentary Assembly of the Council of Europe (PACE) has warned the organization of the rise of neo-Nazi activities in Ukraine.

STRASBOURG, October 1 (RIA Novosti), Daria Chernyshova - Cyprus delegate to the Parliamentary Assembly of the Council of Europe (PACE) has warned the organization of the rise of neo-Nazi activities in Ukraine.

“We note that anti-communism has been accompanied with a rise of neo-Nazi activities in the country and the participation of extreme-right wing forces in the government,” George Loukaides, Cyprus delegate to PACE said Wednesday at the debate on the crisis in Ukraine.

“We have an obligation to address more carefully the dangers arising from tolerating or supporting such forces in Ukraine,” Loukaides noted.

He also expressed regret that the European Union and the United States had imposed sanctions against Russia at the time when there was an attempt to implement a ceasefire agreement.

Loukaides stressed that granting an autonomy status to Donbas and Luhansk regions “is a step in the right direction, although many challenges remain.”

Earlier on Wednesday, Russian Deputy Foreign Minister Konstantin Dolgov said that Russia hoped that the use of Nazi symbols by battalions of Ukraine’s National Guard would receive appropriate international assessment.

Kiev has been denying any affiliations with neo-fascist movements despite apparent similarities between the symbols used by the Kiev-backed forces and those used by Nazi Germany during World War II.

Since mid-April the Ukrainian government has been conducting a military operation against independence supporters in eastern Ukraine who refused to acknowledge the new government that came to power after a coup in February. Kiev authorities and independence supporters of eastern Ukraine agreed on a ceasefire on September 5 at a Contact Group meeting in the Belarusian capital Minsk.

On Tuesday, PACE adopted a draft resolution to counter manifestations of neo-Nazism during the fall session underway in Strasbourg. The decision was taken amid a strong showing by far-right parties in the recent European Parliament elections, in what is believed to be aftermath of hard-hitting austerity measures.