Heads of CIS States to Meet in Minsk in October 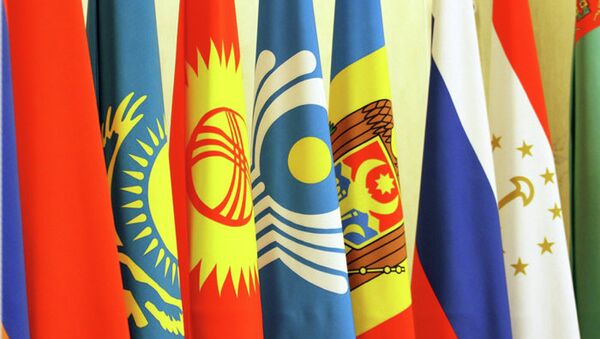 "The CIS summit in Minsk will focus on issues of international security cooperation, including of CIS states," he said.

The heads of the former Soviet Union states will discuss emerging security threats, including the radical Islamic State (IS) militant group, which has been fighting the Syrian government since 2012.

In June 2014, the group extended its attacks to northern and western Iraq, declaring a caliphate on the territories over which it had control. The rapid advance of the extremists prompted the United States to establish a multinational coalition against them and extend its operation to Syria, where Washington has carried out a number of airstrikes against IS positions. Saudi Arabia, Jordan, Bahrain, Qatar and the United Arab Emirates have reportedly taken part in the attacks as well.

Security issues in the post-Soviet states has also become a concern for NATO, who has been increasing its presence near Russia's borders, citing the need to better protect its allies, and suspending entirely its cooperation with Moscow.

Relations between Russia and the West have deteriorated over Russia's alleged role in the Ukrainian crisis that escalated to a military operation in mid-April, once Kiev sent troops to eastern Ukraine to suppress independence supporters.