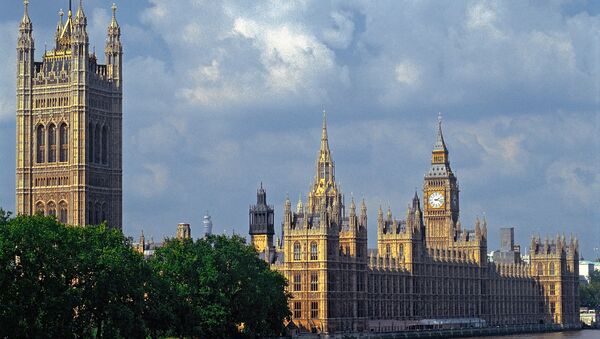 Britain’s Parliament is expected to be recalled on Friday to approve UK air strikes against the Islamic State (IS) in the wake of US-led air attacks against IS forces, The Guardian reported late on Tuesday, September 23.

MOSCOW, September 24 (RIA Novosti)- Britain’s Parliament is expected to be recalled on Friday to approve UK air strikes against the Islamic State (IS) in the wake of US-led air attacks against IS forces, The Guardian reported late on Tuesday, September 23.

Prime Minister David Cameron is set to hold talks with Ed Miliband, the current leader of the Labour Party, later this week to gain support for the approval.

Cameron believes it would be politically impossible to proceed with the issue without the support of Labour, says the British daily.

The Guardian says there is growing agreement in Parliament that there could be a legal basis for the military strikes against IS in Iraq, although there is less consensus over similar actions against the group in Syria.

It was Ed Miliband, whose involvement in the recall of Parliament in 2013 over the situation in Syria and the use of chemical weapons halted air strikes against Bashar Assad’s government.

However, Chuka Umunna, Labour’s business spokesman, says the situation with IS is different from the situation in Syria last year, says The Guardian. He said the party would apply the same principles that it used a year ago.

“A request for support hasn’t been put in yet, as far as I understand,” The Guardian quotes Chuka Umunna as saying. “If it was, we would apply the same criteria to judge what position we adopt in relation to any proposed action as that we applied last year in respect of the proposed intervention in Syria.”

“The three principle criteria are: what is the basis in international law for intervention? Second, what is the plan of action in respect of any action? And, thirdly, what is the plan for what happens after, of course learning the lessons of Iraq,” he explained.