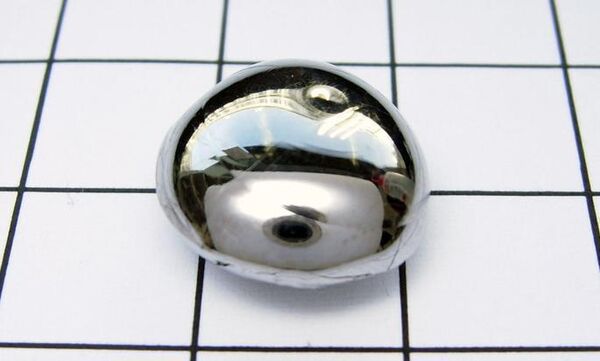 Governments should commit to reducing the use of mercury in addition to protecting people from the chemical's harmful effects by signing the Minamata Convention, Human Rights Watch (HRW) said Tuesday.

MOSCOW, September 23 (RIA Novosti) – Governments should commit to reducing the use of mercury in addition to protecting people from the chemical's harmful effects by signing the Minamata Convention, Human Rights Watch (HRW) said Tuesday.

"They should make a firm commitment to protect people and [the] environment from the poisonous and even deadly effects of mercury," Kippenberg added.

The new international convention obliges governments to create national action plans aimed at eliminating the most harmful forms of mercury use, promoting mercury-free mining methods, protecting children and women, and seeking to improve the health of miners, according to the organization.

"Governments have an obligation to protect people's right to health," Kippenberg said.

Mercury can cause life-long disabilities or in extreme cases death if inhaled, ingested or touched. The biggest sector using mercury in the world is small-scale gold mining, which employs some 13 million people, predominantly children, in Africa, Asia and Latin America.

Countries will have a chance to learn more about the treaty and sign up to it on during a United Nations event about it on Wednesday. The treaty will come into force after 50 governments have ratified it. Although 102 governments have signed on so far, only the United States has ratified the convention.

The Minamata Convention, named after a mercury poisoning disaster that killed more than 1,700 people in Japan during the 1950s, can be signed until October 9. Afterward, countries can become party to it by acceding to the convention via an instrument of accession.

Mercury is a metal that attacks the central nervous system. Children exposed to the chemical are highly susceptible to its detrimental health effects since they are still developing. Infants may suffer from the chemical's affects through contaminated breast milk while fetuses can be exposed to mercury while in the womb. There is no safe level of mercury exposure.