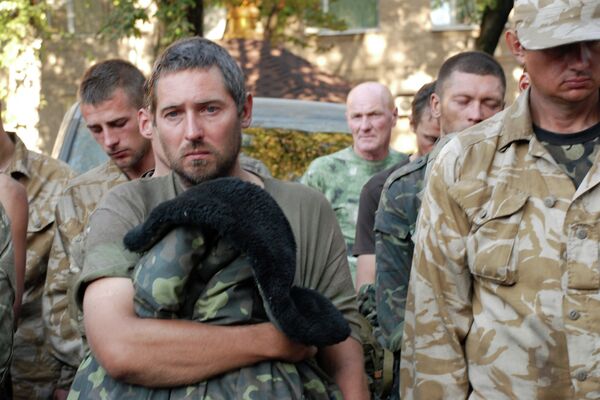 "Another [prisoner] exchange will take place in two days, on Wednesday," committee spokeswoman Darya Morozova said. "The lists [of captives] are now being compiled and approved."

Ukraine's National Security and Defense Council spokesperson Andriy Lysenko said that some 1,200 Ukrainian servicemen and civilians have been released since the signing of Minsk agreements.

The most recent prisoner exchange between Ukrainian security forces and DPR militia took place on Sunday when each side handed over 28 captives.

In mid-April, Kiev authorities launched a special military operation to suppress independence supporters in the southeast of Ukraine.

The Ukrainian government forces and southeastern Ukraine's independence supporters agreed on a ceasefire and an "all-for-all" prisoner exchange on September 5 at a meeting of the Contact Group on Ukraine held in Minsk.