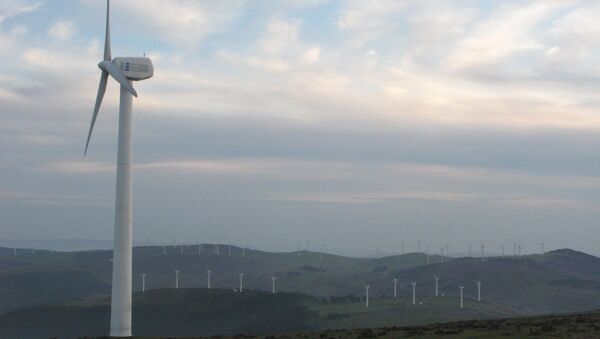 "Despite the massive expansion of renewable energies, achieving key targets for the energy transition and climate protection by 2020 is no longer realistic," Thomas Vahlenkamp, a director at McKinsey & Co. in Dusseldorf, Germany, was quoted by Bloomberg as saying.

Germany aims to reduce its greenhouse-gas emissions by 40% by 2020 in a bid to protect the environment and contribute to a friendly climate.

It started the transition to renewable energy, also known as the Energiewende, in 2000. So far, more than 100 billion euros ($134 billion) has been collected by renewable energy providers from households, shops and factories as the demand last year stood at its highest level (25%), Bloomberg reported.

"The government needs to improve the Energiewende, so that the current disappointment doesn't lead to permanent failure," Vahlenkamp continued.

Bloomberg stated that the reason behind the cuts of green subsidies is the favor of Chancellor Angela Merkel's government with coal as a generator of energy. Fossil-based power plants are "indispensable for the foreseeable future", according to an agreement signed between Merkel's conservatives and the Social Democratic Party that helped Merkel with the formation of the current government.

"Yes, we are burning more coal; on the other hand it is also true that Germany still plays a leading role when it comes to emission reductions in Europe," Beate Braams, a spokeswoman for the German Economics and Energy Ministry, told Bloomberg.

According to Bloomberg, 45 percent of its last year's power Germany generated by operating coal plants.

"Our power bills keep rising and rising to fund clean energies; on the other hand, we are still polluting the air with old coal plants," a self-employed marketing manager was quoted by Bloomberg as saying.

It is additionally reported that Germany is the second country after Denmark where people pay for electricity more than their counterparts elsewhere in Europe.