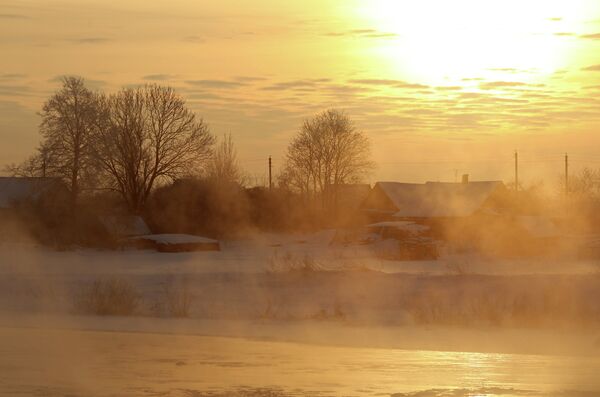 The world will soon witness a "mini-ice age" rather than global warming, as solar output has been declining in recent years, a Russian scientist told RIA Novosti Friday.

ST. PETERSBURG, September 19 (RIA Novosti) - The world will soon witness a "mini-ice age" rather than global warming, as solar output has been declining in recent years, a Russian scientist told RIA Novosti Friday.

"During the past 17 years global temperatures have not been rising, temperatures have stabilized. There has been no warming since 1997. The power of solar irradiance has decreased consistently since 1990 and is still rapidly declining. Since 1990, the Sun has not been warming the Earth as in the past," said Habibullo Abdussamatov, an astrophysicist and head of space research at St. Petersburg's Pulkovo Astronomical Observatory.

According to Abdussamatov, our planet may enter what he calls "a mini-ice age" at the beginning of next year.

"The 'mini-ice age' is associated with a change in the power of solar output and has a quasi-period of some 200 years. Roughly speaking, two centuries, plus-minus 70 years," he told RIA Novosti.

He noted that the temperatures usually fall by about 1 -1.5°C during so-called mini-ice ages.

"The average temperature around the globe will fall by about one and a half degrees when we enter the deep cooling phase of the 'mini-ice age'. This is expected around the year 2060, plus or minus 11 years," he said.

Abdussamatov believes that the cooling phase will last for about 45 to 65 years, after which the world will enter "another quasi-centennial warming cycle that will take place in the beginning of the XXII century".

The world must start preparing for the global cooldown right away, he said.

Politicians and business leaders must make "full economic calculations of the impact that the 'mini-ice age' is going to have on everything – industry, agriculture, living conditions, development," Abdussamatov stated.