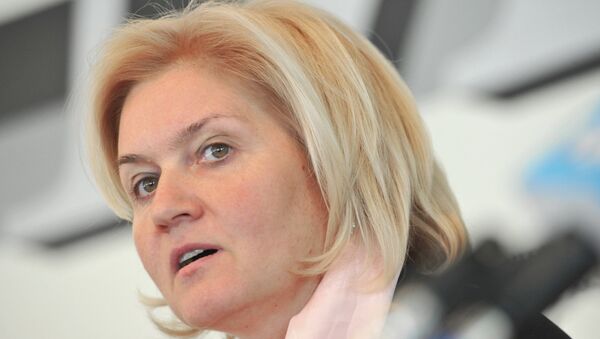 “We have no registered cases of Ebola. But our doctors are working successfully in the Ebola epicenter. We have had positive developments in the development of a vaccine and currently Ebola is not a threat to the Russian population,” Golodets told journalists on Friday at the International Investment Forum in Sochi adding that the vaccine is now being systematically tested.

The Ebola virus is currently spreading across West Africa with cases registered in Liberia, Sierra Leone, Guinea, Nigeria, Senegal and the Democratic Republic of Congo.

According to figures, released by the World Health Organization (WHO) on Thursday, there have been 5,335 registered cases of the disease in West Africa. The death toll from the deadly virus stands at 2,622.

Ebola is transmitted through direct contact with the blood, body fluids or tissue of infected animals or people. There is no officially approved medication for the disease, and experts claim prevention is the only cure. Several countries, including Russia, the United States, the United Kingdom, Canada and Japan are currently working on vaccines.