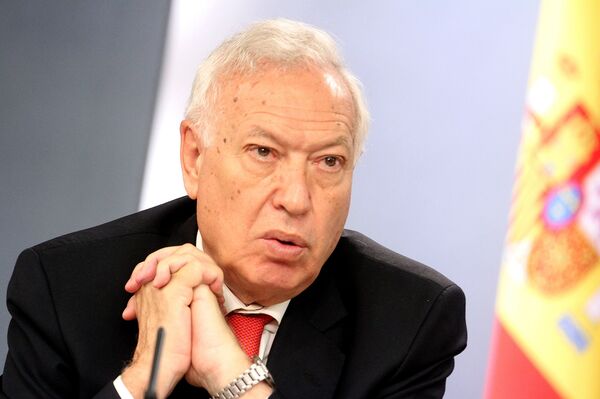 "To tell the truth, I think that [support of the independence referendum] will have direct consequences for Scotland, for the United Kingdom, for the European Union," the minister said, as quoted by the news agency, adding that the European Union may witness the process of balkanization, which is directly opposite to the process of unification. "This is the worst precedent," Garcia-Margallo said.

The Spanish Foreign Minister did not specify what Spain's position will be, if an independent Scotland expresses intention to join the European Union.

Garcia-Margallo said that the principle of territorial integrity is a guarantee of "coexistence, security and world peace." According to the Spanish foreign minister, people have the right to demand self-determination in three cases: in the case of colonization, if the territories have been captured through military force or in case of violation of the citizens' fundamental rights. "It is clear that neither Scotland, nor any other EU state is witnessing something of this kind," he added.

Scottish voters will take part in a referendum on independence on September 18 and will be asked one question, "Should Scotland become an independent country?"

If the majority of people vote for independence, Scotland may secede from the United Kingdom on March 24, 2016.

The Spanish region of Catalonia plans a similar vote on November 9. The people there will be asked two questions, "Do you want Catalonia to become a state? If yes, do you want this state to be independent?"

Spanish Prime Minister Mariano Rajoy alongside many other Spanish politicians has repeatedly stated that the results of the vote will not be recognized as earlier Spain's Constitutional Court has ruled that a referendum in Catalonia on independence would violate the law.