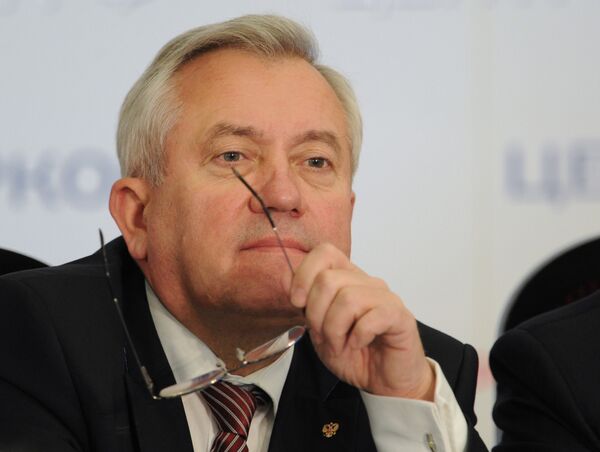 "It was a competitive election, which fully met the requirements of democratic procedures. Elections were held in strict accordance with the Russian and Crimean law, there was a high turnout, parties actively fought for voters and voters have made their decisions," Ivlev said.

According to Ivlev, the Crimean electoral commission will ascertain the election results within its powers. There have been no complaints or lawsuits challenging the results so far.

"Elections have been declared valid and real. Crimean voters elected a parliament for the next five years. Exactly this parliament will enact laws that will improve the socio-economic development of Crimea," the CEC deputy chairman said.

Ivlev also noted that the CEC worked professionally and that all decisions from CEC Russia were not dismissed but followed in accordance with the law.

"In a short time an enormous amount of work has been done to create a regional and district commission. All invested work paid off and everything functioned efficiently," Ivlev said.

This year's elections saw residents of 84 territorial entities of the Russian Federation taking to the polls on September 14, the all-Russia voting day. A total of 803 candidates and 12 parties had registered for some 6,000 local elections at different levels, including the elections of 30 of 85 heads of Russian regions and 14 regional parliaments.

Crimea and Sevastopol regions participated in the nationwide voting day for the first time.

Two Russian parties made it into Crimea's parliament – the United Russia party with 70 deputies and the Liberal Democratic Party of Russia (LDPR) with 5 deputies. The Crimean Republic's State Council has 75 seats.