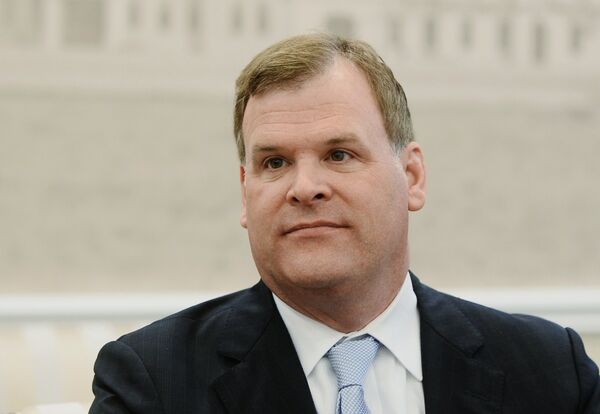 "The sanctions imposed in coordination with our other allies are without a doubt having an effect on the Russian economy," a statement posted on the ministry's website quoted Foreign Affairs Minister John Baird as saying.

According to the data accompanying the statement, Canada is imposing additional asset freezes and travel bans against four Russian generals, and economic sanctions against five Russian arms manufacturers and Sberbank, the country's largest bank.

The ministry also said the new sanctions include "additional restrictions to the terms under which designated Russian banks can access capital markets, by prohibiting the issuance of any loan carrying a maturation date greater than 30 days."

On March 17, Canada introduced so-called Special Economic Measures against Russia in the light of the Crimean referendum, where residents of the formerly Ukrainian peninsula voted to rejoin Russia.

The measures included economic sanctions and visa restrictions on 10 major officials of Russia and Crimea. Canada amended the regulations to include additional names five times during the spring and three more times during the summer.

Russian President Vladimir Putin has warned that using sanctions as an instrument of foreign policy is not effective and never yields any results, warning that sanctions cause certain damage to those using this measure.