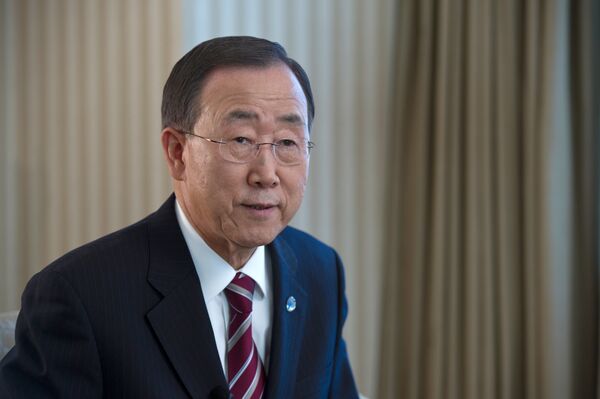 "He [Ban Ki-moon] appreciates the efforts of all concerned to secure their safe release," the statement on official UN website says.

UN Secretary General concluded by demanding that "all parties respect UNDOF's mandate, freedom of movement and the safety and security of its personnel."

In late August, a group of militants, presumably of a Syrian origin, captured more than 40 peacekeepers from Fiji and restricted 72 peacekeepers from the Philippines to their positions in the disputed region of Golan Heights.

All Filipino peacekeepers who were trapped by Syrian militants managed to escape last week, but peacekeepers from Fiji remained captured until today.

Peacekeepers from Fiji were released at the Quneitra crossing point in the Syrian-controlled part of the Golan Heights.

United Nations Disengagement Forces (UNDOF) peacekeeping mission in Golan Heights has been monitoring a 1974 ceasefire between Israel and Syria following the war of 1973.

Currently the mission consists of 1223 troops from Fiji, India, Ireland, Nepal, Netherlands and the Philippines.