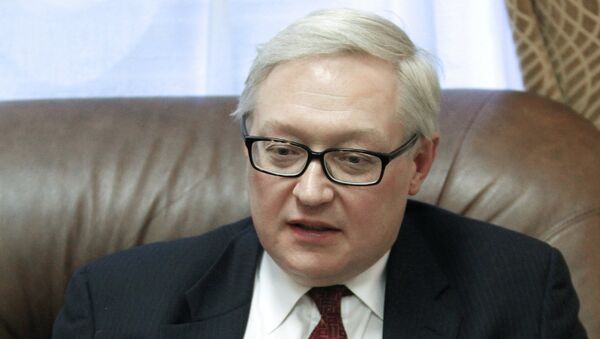 “Unfortunately, our country is facing attempts to exert unacceptable pressure on it, to overturn the formats of multilateral cooperation,” Ryabkov said at news agency Rossiya Segodnya’s international medical media forum.

Ryabkov stressed the importance of international projects at a time when “dialogue formats [and] the directions of [international] cooperation are largely undermined by the current political circumstances.”

The European Union plans to introduce a new round of economic sanction against Russia, a number of European politicians said late Friday. Western media reported Monday that several key Russian oil and defense industry companies and banks will be affected.

The United States and the European Union have been imposing sanctions against Moscow since Crimea’s reunification with Russia in March, which the West considers illegal, and Russia claims to be fully legitimate.

The latest round of restrictions limited the raising of capital in the European Union for a number of Russian banks. In response, Moscow issued a one-year ban on certain food products imported from the United States, the European Union, Australia, Canada and Norway.