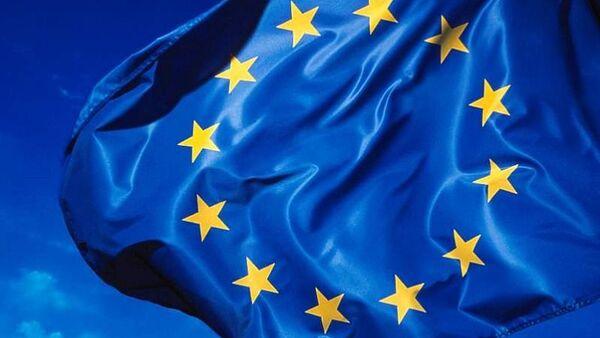 © Flickr / Rock Cohen
Subscribe
A number of key Russian oil and defense industry companies and banks and are to become subject to a new round of economic sanctions due to be imposed by Brussels Tuesday, The Wall Street Journal reported, referring to EU documents.

MOSCOW, September 8 (RIA Novosti) - A number of key Russian oil and defense industry companies and banks and are to become subject to a new round of economic sanctions due to be imposed by Brussels Tuesday, The Wall Street Journal reported, referring to EU documents.

Rosneft, Gazpromneft and Transneft are among the oil sector companies, included in the sanction list the Wall Street Journal said it examined. They will reportedly be banned from raising funds with the maturity period exceeding 30 days. The same restriction will be imposed on five Russian state-controlled banks, including Sberbank and VTB Bank, already forbidden from raising bank loans in the European Union member states for longer than 90 days, the newspaper said Sunday.

Russian defense industry access to the EU capital markets will also be seriously complicated, according to the documents cited by the Wall Street Journal. Oboronprom aerospace holding, United Aircraft Corporation and Uralvagonzavod scientific industrial corporation are among the defense industry companies Wall Street Journal said would be able to get a bank loan with maximum maturity of 30 days in the European Union. Nine companies, producing equipment for the Russian army, including Kalashnikov, Sirius and Stankoinstrument, will reportedly no longer be able to purchase dual-use technology (with possible military applications) from the EU member nations.

The new restrictions are to be introduced on Tuesday, the Wall Street Journal said.

Brussels and Washington started to impose economic sanctions against Moscow since Crimea’s reunification with Russia in March, which the West considers illegal, and Russia claims to be fully legitimate. The latest round of restrictions has, in particular, limited capital raising in the European Union for a number of Russian banks. As a responsive measure, Moscow issued a one-year ban on certain food products importation from the United States, the European Union, Australia, Canada and Norway.