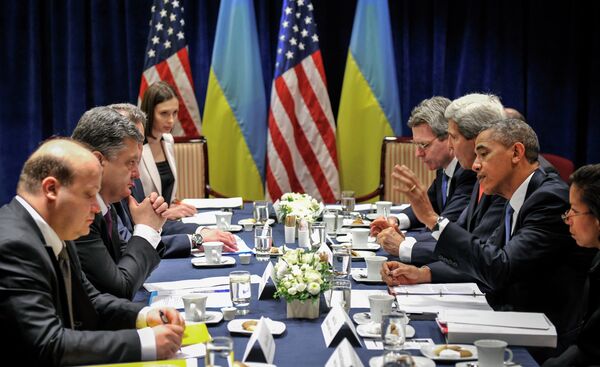 Western leaders meeting at this week’s NATO summit are almost wholly responsible for the ongoing crisis in Ukraine, Jan Oberg, co-founder of the Sweden-based Transnational Foundation for Peace and Future Research, told RIA Novosti on Friday.

“The US, NATO and European Union carry at least 80 percent of the responsibility for Ukraine's crisis due to the foreign-provoked regime change in Kiev and the EU ultimatum to Ukraine about either joining the EU or the eastern Customs Union,” Oberg said.

“And over the longer term – because of NATO's expansion from the Baltic republics to Tbilisi. These policies lack statesmanship, are reckless in the perspective of promises given to ex-Soviet president Mikhail Gorbachev when the old Cold War ended and can be seen only as provocative in the eyes of Russia,” he added.

NATO leaders gathered in Wales on Thursday, September 4, for two days of talks focused on Ukraine and the rapid rise of Islamic extremists in Iraq and Syria. They have criticized Russia, calling its influence on the conflict in eastern Ukraine “destabilizing.”