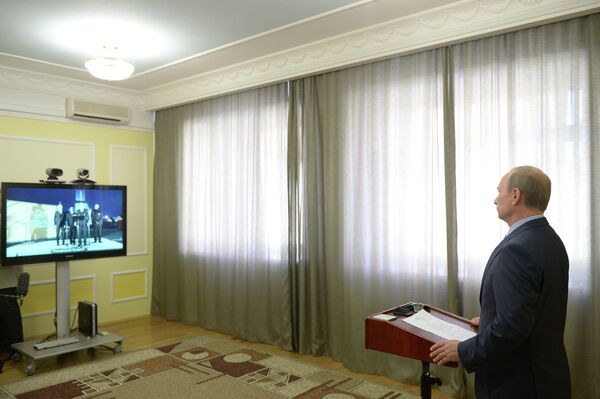 “Today, we launched the industrial exploitation of the first phase of this field. Russia now has a new oilfield, North Chayvo, that will provide 1.5 million tons a year,” Sechin told Russian President Vladimir Putin via video uplink from the Yastreb oil platform.

“I know that this field is planned through 2030, and it’s very large-scale, huge with a perspective for development,” Putin replied.

As Rosneft told RIA Novosti, the northernmost extremity of Chayvo field is located within the shallow water zone of the northeastern continental shelf of Sakhalin Island. The project is expected to reach design capacity on oil by 2017 and on gas – by 2027. North Chayvo is located in close proximity to another field that Rosneft explores together with the US ExxonMobil corporation.

Russian Energy Minister Alexander Novak said that the first well, drilling of which was completed on Thursday, has set a new record, as its total length amounted to 10,875 kilometers (around 6,700 miles) , 9,517 (nearly 6000 miles) of which deviated from the vertical. According to Novak, the ambitious project was realized thanks to the use of new technologies.