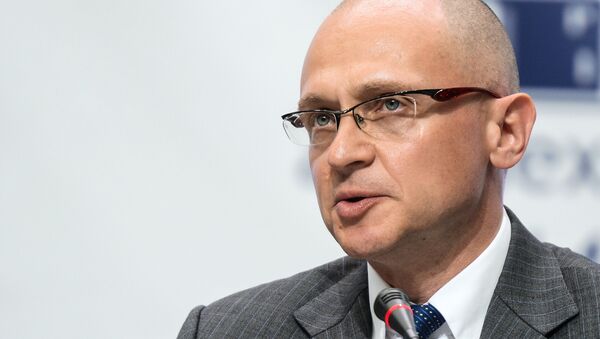 The document was signed in the capital Algiers by Rosatom chief Sergei Kiriyenko and Algerian Energy Minister Youcef Yousfi.

It envisages cooperation in the construction of nuclear power plants and research reactors, the use of nuclear reactors for heat generation and desalination of seawater, joint prospecting and mining of uranium deposits, nuclear fuel handling and processing of nuclear waste.

“The construction of the nuclear power plant with Russian-designed water power reactor in Algeria could become the key aspect of our cooperation,” Kiriyenko said.

Among the main areas of cooperation under the agreement is the construction of nuclear power plants and research reactors in Algeria, the use of nuclear reactors for the production of thermal energy and seawater desalination, exploration and exploitation of uranium mines, nuclear fuel cycle, nuclear fuel handling and the management of radioactive waste and recycling.

The Algerian energy minister said that “this agreement will facilitate the development of human resources, technology and science in order to build the first nuclear power plant in Algeria in the next 12 years.”

Rosatom chief welcomed the intention of Algeria to develop its energy sector and stated that Russia has a vast experience of building nuclear power plants in countries with hot climates and high seismic activity.

For instance, Busher nuclear facility, which successfully operates in Iran, was built by Russia’s Rosatom specialists.