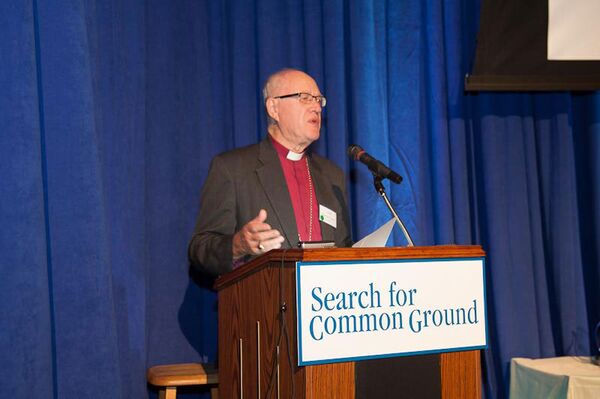 By adopting multiculturalism, Britons have betrayed their historical Christian heritage and traditions and have indirectly facilitated the rise of Muslim radicalism in the UK, believes Lord Carey of Clifton, the former Archbishop of Canterbury.

MOSCOW, August 27 (RIA Novosti) - By adopting multiculturalism, Britons have betrayed their historical Christian heritage and traditions and have indirectly facilitated the rise of Muslim radicalism in the UK, believes Lord Carey of Clifton, the former Archbishop of Canterbury.

"By embracing multiculturalism and the idea that every culture and belief is of equal value we have betrayed our own traditions of welcoming strangers to our shore… The fact is that for too long the doctrine of multiculturalism has led to immigrants establishing completely separate communities in our cities. This has led to honor killings, female genital circumcision and the establishment of Sharia law in inner-city pockets throughout the UK," Lord Carey wrote in his article, which was published by the Daily Mail on August 24.

When describing the atrocities committed by the British youths who have joined the jihadi movement in Iraq, the Archbishop, however, stresses that the growth of the Islamic State "should not prejudice Western people against Muslim people and the Islamic faith."

Lord Carney emphasizes that the British government should carry out certain measures in order to halt the flow of young, radicalized Muslims into the Middle East. "The first step is to withdraw their passports," he notes, adding that this includes both Muslims who are planning to join IS and those who are already fighting in jihadi militant groups in Iraq and Syria. He underscores that young people should realize that if they join the extremist movement, there will be "no way back to civilized society."

"It may focus their minds to know that the privileges and luxuries of our country (including our gyms, games consoles and relative peacefulness) will be denied to them in future," the Archbishop writes.

Meanwhile, London Mayor Boris Johnson has proposed even tougher measures. In his article "Do nothing, and we invite the tide of terror to our front door," which was published by The Telegraph on August 24, the mayor stressed that anyone who leaves the UK for Syria or Iraq "without a good reason" should be arrested.

"There are perhaps five or six hundred Britons currently out there – overwhelmingly, though not exclusively, young men… At present the police are finding it very difficult to stop people from simply flying out via Germany, crossing the border, doing their ghastly jihadi tourism, and coming back… Do nothing now. And the tide of terror will eventually lap at our own front door," he warned.

The Independent reports that several senior British politicians share the mayor’s tough stance. For instance, Conservative MP David Davis has proposed that British ISIS fighters should lose their UK citizenship. The newspaper emphasizes that the reports of hundreds of British jihadists fighting in Iraq "have sent a shiver down the nation's spine." People are expressing concerns regarding the threat of domestic terrorism and want to know what measures London will carry out when "militarized fanatics" return to the UK.