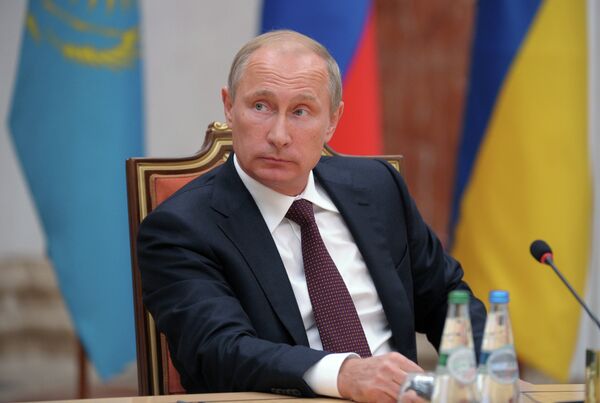 Russia will have to take measures in response to Kiev’s implementation of the EU Association Agreement, Russian President Vladimir Putin said Tuesday.

“We don’t want to discriminate anyone,” Putin added.

Putin also noted that the Russian economy might suffer a financial damage in excess of 100 billion rubles ($2.8 billion) as a result of Ukraine’s integration into the European Union, with the manufacturing industry and agriculture taking the hardest blow.

The Russian president also warned of the possible damage to the economies of Belarus and Kazakhstan, which share a common market with Russia.

Russia, alongside Ukraine, Belarus, Kazakhstan and EU countries, is participating in a multi-party meeting in Minsk that is expected to see the discussion of such issues as the crisis in Ukraine, the humanitarian aid, the refugees to Russia, the possibility of talks between the Ukrainian government and the eastern regions, in addition to Ukraine’s association agreement with the European Union.