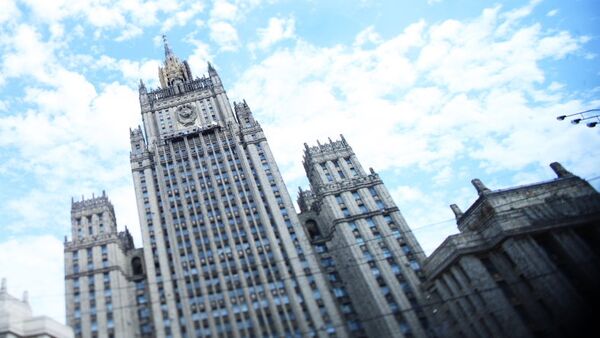 “Weapons supplies to Ukraine by the EU member-countries… violate legally binding obligations – the Arms Trade Treaty (ATT),” the ministry said in a statement.

“According to the Hungarian online newspaper Hidfo.Net, Hungary’s Defense Ministry is supplying Ukraine with armored vehicles, including T-72 tanks, through a ‘proxy agency,’” the statement reads. “Weapons supplies from Hungary to Kiev is a direct violation of Budapest’s obligations under conventional weaponry exports.”

“Some can object arguing that ATT has not come in force yet. This requires the treaty’s ratification by 50 UN member-states, and today the document has been ratified by 43 states. However, we stress that out of these 43 – 20 are members of the European Union, including Hungary which ratified ATT on April 2, 2014,” the ministry said.

The ministry also attracted attention to Article 6 (3), which says that a state party “shall not authorize any transfer of conventional arms… if it has knowledge at the time of authorization that the arms or items would be used in the commission of genocide, crimes against humanity, grave breaches of the Geneva Conventions of 1949, attacks directed against civilian objects or civilians protected as such, or other war crimes as defined by international agreements to which it is a Party.”