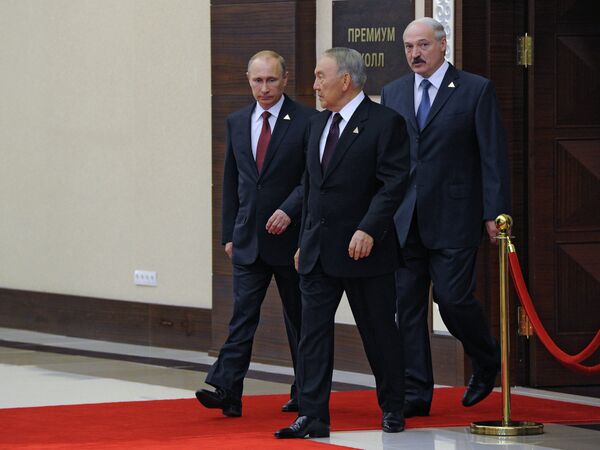 “[The leaders] discussed the issues of joint actions within the framework of the Customs Union in relation to Russia’s restrictions on agricultural and food imports from a number of states,” the Kremlin said in a statement Friday.

Russia restricted import of several agricultural and food products from the United States, European Union and other countries that imposed US-backed sanctions against Russia earlier.

The one-year ban will target imports of beef, pork, fish, poultry, fruits, vegetables, nuts, as well as cheese and other dairy from the European Union, Canada, Australia and Norway.

The move is a counter-measure responding to the West several rounds of sanctions against Russian officials, business people and companies.