President of Egypt Arrives in Russia on First Official Visit 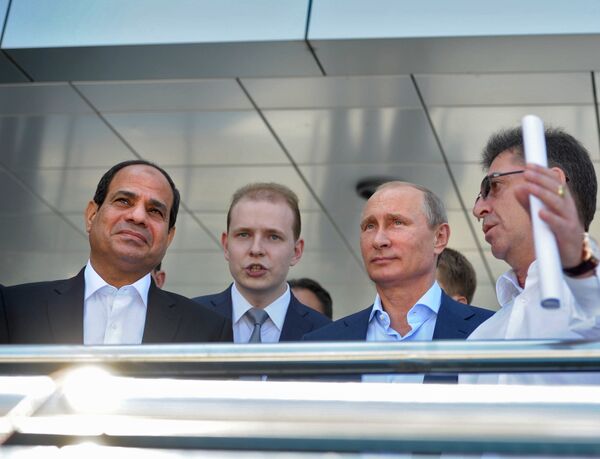 After the president disembarked, he greeted the members of the Russian delegation and the military band performed the national anthems of the two countries. Sisi also inspected the Guard of Honor.

After the ceremony, Sisi visited the Olympics Mountain Cluster, where he is scheduled to meet Russian President Vladimir Putin. The leaders are expected to continue their talks in Bocharov Ruchei, Putin’s Sochi residence.

Among the topics to be discussed are the implementation of joint economic projects, including the possible creation of a free trade zone among Egypt and countries of the Customs Union, and the settlement of conflict in Gaza.

As a Kremlin official said Monday, “the discussion will address urgent matters, linked to the development of Russian-Egyptian relations in various spheres.”

The upcoming meeting between the two leaders will be their first, since Sisi was elected Egyptian president, winning 96.6 percent of the vote in May 2014. In February 2014, Sisi met Putin while visiting Moscow as defense minister.