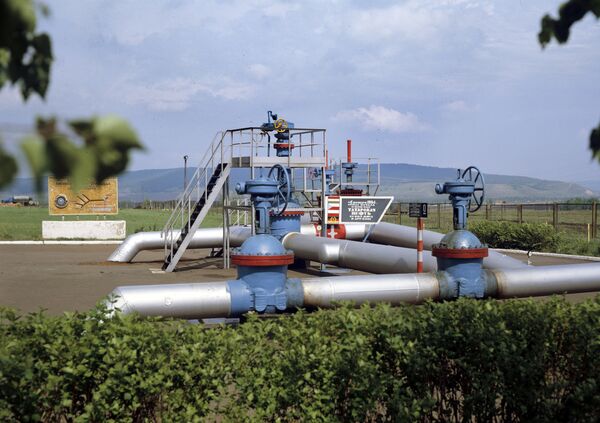 © RIA Novosti . U. Filimonov
/
Go to the photo bank
Subscribe

Russia has alternative routes to deliver oil to Europe if Ukraine decides to stop transit via its territory, but Hungary, Slovakia and Czech Republic will sustain losses, a spokesman for Russia’s oil transit monopoly Transneft said Friday.

Russia delivers about 14 million tons of oil to European consumers via the Druzhba pipeline laid through Ukraine.

“We can easily divert these supplies to Druzhba’s northern leg in Belarus,” Transneft spokesman Igor Dyomin said. “Ukraine’s sanctions will be directed against Hungary, Slovakia and Czech Republic.”

Earlier in the day, Kiev government announced it prepared a list of 172 individuals and 65 legal entities from Russia and other states who are subject to 26 various types of sanctions. Ukraine may halt transit of Russian hydrocarbons via its territory as part of the package of sanctions. The list was handed over to Ukraine’s National Security and Defense Council for consideration.

Ukraine is a transit country for and consumer of Russian gas. Around half of the Russian gas imported in 2013 crossed Ukraine, which amounts to approximately 15 percent of European consumption, according to the International Energy Agency.