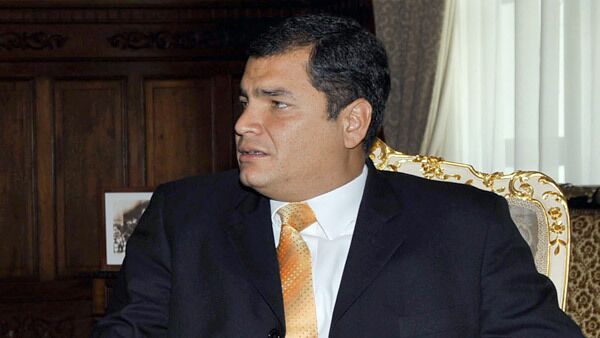 Correa denounced Israel’s offensive on the Gaza Strip, launched in July. “After these events, we have cancelled our trip,” the president said.

Earlier in July, Ecuador and Brazil recalled their ambassadors from Israel in protest of the “disproportional use of force” by the Israeli military. Chile, Peru and El Salvador joined in the move and withdrew their envoys too.

Also, on Wednesday the Ecuadorian foreign minister declared the country had “decided to open an embassy in Palestine” via Twitter.

On July 8, Israel started a military operation in the Gaza Strip, known as Operation Protective Edge, aiming to combat Hamas and other rival Palestinian forces.

The operation involved air raids and a ground offensive. More than 1,800 Palestinians, most of them civilians, and 66 Israeli soldiers and officers have been killed in the conflict, according to the UN. Israel has pulled its troops from Gaza and the sides are currently observing a 72-hour ceasefire, during which they hope to agree on a settlement.