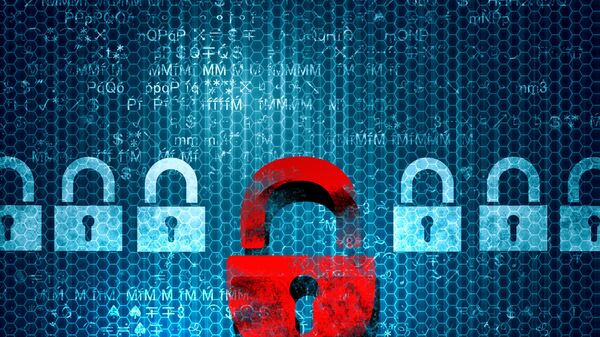 © Sergey Nivens
Subscribe
Cyber-attacks against Israel have sky-rocketed in the past two months by 500 percent, a research by security analysts at the Arbor’s Security Engineering & Response Team (ASERT) found in a research published this week.

MOSCOW, August 7 (RIA Novosti) - Cyber-attacks against Israel have skyrocketed in the past two months by 500 percent, a research by security analysts at the Arbor’s Security Engineering & Response Team (ASERT) found in a research published this week.

Having analyzed a total of 5,346 attacks, the Arbor Network, created on the basis of the University of Michigan, found a direct correlation between the intensity of attacks and the geopolitical events on the ground.

The cyber attacks started gaining force on June 30, when Tel Aviv attributed the deaths of three Israeli teenagers to Hamas. They continued with even more power after the first week of July, when Israel launched Operation Protective Edge, aiming to combat the Hamas movement and other rival Palestinian forces and end rocket fire from the Gaza Strip, the research showed.

At the same time, the falls in DDoS attacks correlated with periods of ceasefire between Hamas and Israel.

"As the intensity of the Israeli-Hamas conflict has increased, so has the number, size and duration of the DDoS attacks targeting Israel. Additionally, it even appears as if the attackers have made an effort to adhere to the 'real world' calls for a cease-fire, resuming their attacks when the cease fire fell through," Soluk said.

The analyst also noted a direct correlation between the duration of the attacks and the intensity of the conflict.

The International Business Times linked the attacks to groups associated with the Iranian government due to their size being typical of "a state actor" and the method bearing "striking resemblance to the Brobot-based attacks" of 2012, when the Qassam Cyber Fighters used the botnet against US financial institutions.

"We don’t know who is controlling it, but Brobot is being used to attack Israeli civilian governmental agencies, military agencies, financial services and Israel’s cc TLD DNS infrastructure," Soluk said.

Qassam Cyber Fighters, who call themselves hacktivists, have been linked to the Iranian government by experts and politicians, the IBTimes wrote. The attacks' intensity also increased when an Israeli soldier shot dead a member of the Anonymous group of hackers and activists.

Israel launched its offensive in Gaza on July 8, targeting the Hamas movement and its allied groups of rebels. On July 17, following days of fighting, Tel Aviv switched to a ground offensive to destroy the network of Hamas tunnels around the border area.

According to Palestinian medics, almost 1,900 Gazans, most of them civilians, have been killed in the Palestinian exclave since the start of Israel’s military operation, although Israel claims the death toll stands at 900 casualties.