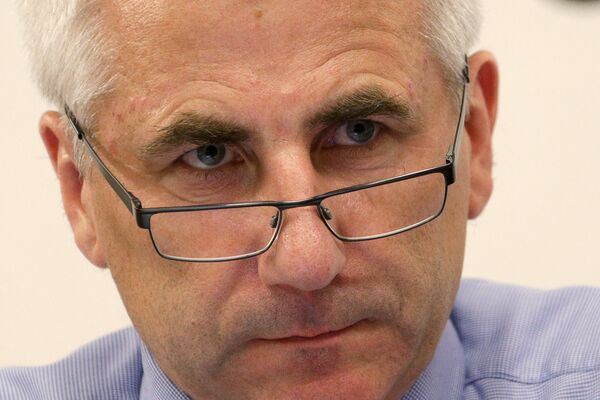 “No, this will have no impact,” Usackas said in comments on the move, adding that the issue of sanctions in not really important in the Russia-EU relations.

“It is evident that we won’t resolve the problem by sanctions and rebuild trust between partners,” Usackas added.

The diplomat also stressed that these relations should respect international as well as trade rules.

“We have faced much more significant and threshold issues that we have to solve as soon as possible,” he said.

Usackas raised hope that leaders will show their “political will for joint steps to deescalate the situation in Ukraine.”

“Now it is too early to assess the consequences of this decree, but I hope that the Russian side will build its relations with the world by respecting international norms both in respect to common neighbors and the World Trade Organization,” he said.

The head of a department for trade negotiations at the Russian Ministry of Economic Development, Maksim Medvedkov, told RIA Novosti Wednesday that Russia’s restrictions on imports are not violating the WTO rules.