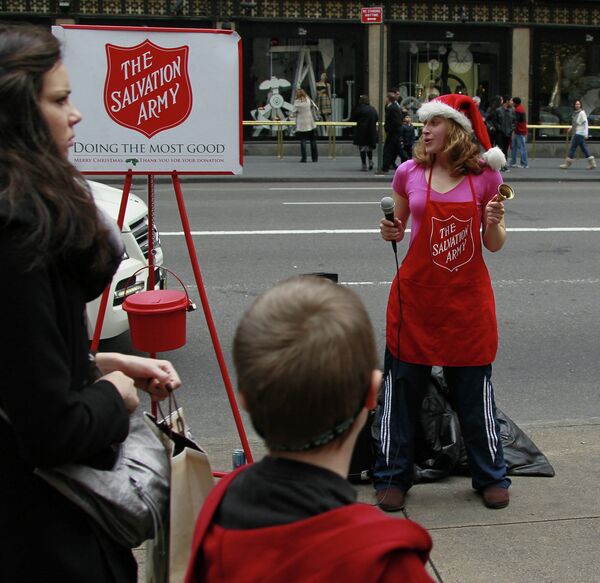 © RIA Novosti . Valery Levitin
/
Go to the photo bank
Subscribe
The Salvation Army said it would support child sexual abuse compensation schemes as long as the organization would not contribute to its funding, the Guardian reported Tuesday.

MOSCOW, August 5 (RIA Novosti) - The Salvation Army said it would support child sexual abuse compensation schemes as long as the organization would not contribute to its funding, the Guardian reported Tuesday.

Salvation Army submission to the Royal Commission into Institutional Responses to Child Sexual Abuse says each institution should be responsible for compensating for its own wrongdoing.

According to the Salvation Army, the establishment and operation of a financial redress scheme should be entirely funded by the Commonwealth.

The submission also states that institutions should be given an option to opt-out of the scheme.

The organization has been criticized for not being able to respond to more than 150 cases of child sexual abuse under its care, stating that 157 claims of abuse in four of its homes was a “relatively small number," considering that more than 13,000 children had passed through the homes over 113 years.

However, the counsel assisting the commission, Simeon Beckett, said it was likely that many more people had not reported their abuse.

“There is a common theme running through the submissions; that appropriate redress schemes may be effective in providing justice to victims of institutional child sexual abuse,” the Royal Commission into Institutional Responses to Child Sexual Abuse chief executive Philip Reed said as cited by the Guardian.

In another submission, the Uniting Church gave support for the national and uniform externally operated scheme, suggesting that any redress scheme should involve “universal” participation.

The Catholic Church, which is also the subject of numerous public hearings, has not yet provided a submission to the royal commission.

The Salvation Army is a Christian denominational church and international charitable organization, with over 1.5 million members all over the world. It is operating shelters for the homeless and running charity shops in 126 countries.

The organization has been criticized for discrimination against LGBT individuals.

There were several dozens of cases of child abuse reported in the Salvation Army shelters between the 1940s and 2014. Salvation Army representatives claimed that the cases of abuse were the result of individuals’ behavior, not a culture within the organization.

In March 2014, the Royal Commission into Institutional Responses to Child Sexual Abuse began an investigation into the policies, practices and procedures of the Salvation Army between 1993 and 2014 for responding to claims of child sexual abuse at children’s homes it operated.