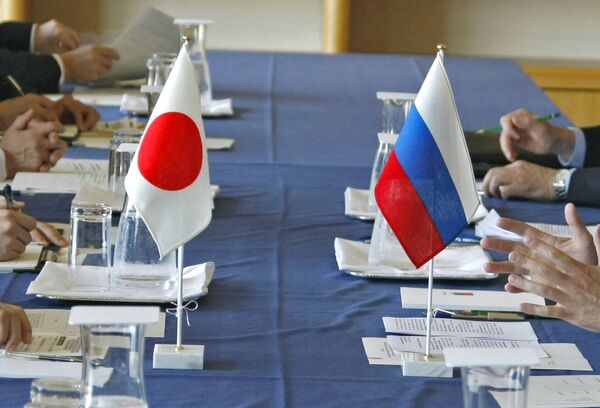 Japan’s Foreign Affairs Ministry released a list of 40 individuals and two entities affected by new sanctions against Russia over Ukraine that were approved by Japan’s Cabinet earlier Tuesday.

Japan imposed sanctions on Ukraine’s former President Viktor Yanukovych, as well as on 39 high-profile Crimean officials and a Crimea-based Chernomorneftegaz oil and gas company, as part of the third round of sanctions against Russia.

The Japanese government released this list of new sanctions against Russia amid Ukrainian crisis on July 28. The measures envisage the freezing assets of individuals and entities “involved in the Crimea annexation and responsible for destabilizing the situation in Ukraine."

Tokyo will still implement new projects in Russia in accordance with the policies of the European Bank for Reconstruction and Development (EBRD) adopted by the European Union and impose limitations on Crimean goods.

Japan was the last G7 member to apply sanctions against Russia. In March it stopped talks with Russia on the easing of visa requirements, and denied visas to Russian officials on April 23, without making their names public.

The Russian Foreign Ministry has already said it considers the new sanctions unfriendly. Moscow pointed out that the new sanctions brought Russia-Japan relations a few steps back, something that Tokyo should realize.