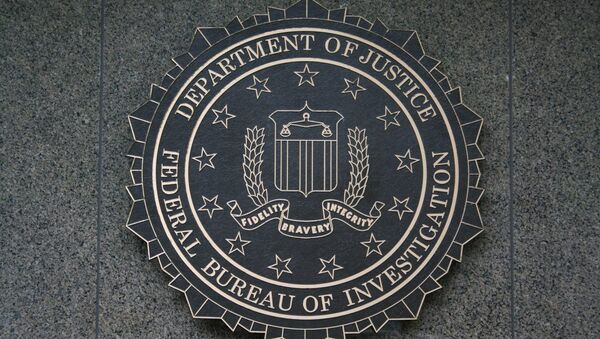 An agent with the Federal Bureau of Investigation (FBI) who led the US probe into the bombing of Pan Am flight 103 over the Scottish town of Lockerbie in 1988 has denied claims made by a Central Intelligence Agency (CIA)’s former officer who told RIA Novosti that FBI investigators did not read vital US intelligence material related to the attack.

LOCKERBIE, SCOTLAND, July 28 (RIA Novosti), Mark Hirst – An agent with the Federal Bureau of Investigation (FBI) who led the US probe into the bombing of Pan Am flight 103 over the Scottish town of Lockerbie in 1988 has denied claims made by a Central Intelligence Agency (CIA)’s former officer who told RIA Novosti that FBI investigators did not read vital US intelligence material related to the attack.

Earlier Robert Baer, a retired CIA officer who was based in the Middle East, told RIA Novosti, “I’ve been having exchanges with the FBI investigators and they came right out and said they didn't read the intelligence."

“I just find that extraordinary and then later for them to comment on the intelligence and say it's no good; it’s amazing,” Baer said.

But Richard Marquise, who led the US investigation into the attack, dismissed Baer’s claim.

“Mr. Baer had no role in the investigation and anything he knows or claims to know is either hearsay or speculation,” Marquise told RIA Novosti.

“I find [Baer’s claims] interesting because he has previously said that the CIA did not pass us all the information, something I doubt he would be in a position to know,” Marquise argued.

“I agree that there were a handful of FBI personnel (agents and analysts) who had access to all the intelligence that was passed and it may have been possible that some FBI agents who played a minor role in the case may not have seen it,” he added.

For years controversy has surrounded the case following the 2001 conviction of Abdelbaset Megrahi, a former Libyan intelligence officer. Campaigners, including some relatives of victims of Pan Am 103, believe Megrahi was wrongly convicted and are continuing to call for a public inquiry into the events leading to the bombing.

Baer has previously claimed US intelligence pointed to Iran – not Libya – as the source of the attack that allegedly retaliated for the shooting down of Iran Air Flight 655 by the American warship, USS Vincennes, five months before the attack on Pan Am 103. Baer told RIA Novosti that a convincing case implicating Libya was still to be made.

“Richard Marquise has taken a moral position on the case,” Baer told RIA Novosti. “I can still be convinced the Libyans did it, but I still need to be convinced of that.”

Robert Black, Professor Emeritus of Scots Law at the University of Edinburgh, has spent more than two decades studying the case.

“I'd be absolutely amazed if the FBI didn't consider the intelligence material, if only to reject it as unreliable or unusable as evidence in judicial proceedings,” Black told RIA Novosti.

“Indeed, there's clear evidence that they did make use of it. A key prosecution witness, Majid Giaka, was a CIA asset and was in a Department of Justice witness protection program,” Black added.

“The FBI falls under the Department of Justice. And Giaka was a crucial witness in the Washington DC grand jury hearing that led to the US indictment against Megrahi and Fhimah,” Black said.

Pan Am Flight 103 was flying from Frankfurt to Detroit via London and New York City when it was blown out of the sky over Scotland by a terrorist bomb that killed 270 people, including 11 on the ground. A three-year-long investigation yielded two Libyan suspects who were handed over to the United States by Libyan leader Colonel Muammar Gaddafi in 1999. In 2003, Gaddafi claimed responsibility for the bombing and paid compensation, but said he had never given the order for the attack.