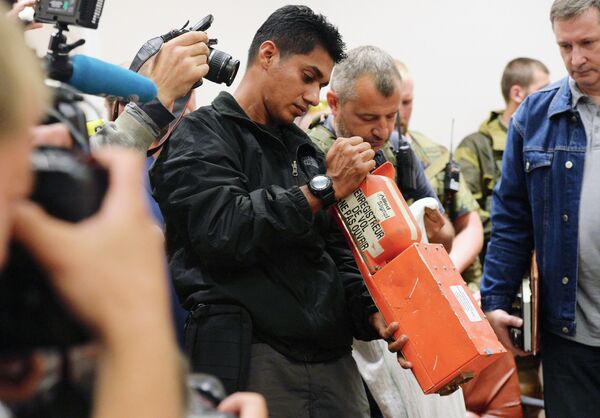 The republic’s prime minister Alexander Boroday and his deputy Andrei Purgin signed a handover agreement, stating that experts from the UN’s International Civil Aviation Organization (ICAO) are to get access to them.

According to the head of Malaysia’s delegation, the black boxes are in good condition.

The UN Security Council condemned the downing of the passenger plane and unanimously voted in support of a thorough and independent international investigation of the incident.

The 15-member council said in a resolution it "supports efforts to establish a full, thorough and independent international investigation into the incident in accordance with international civil aviation guidelines."