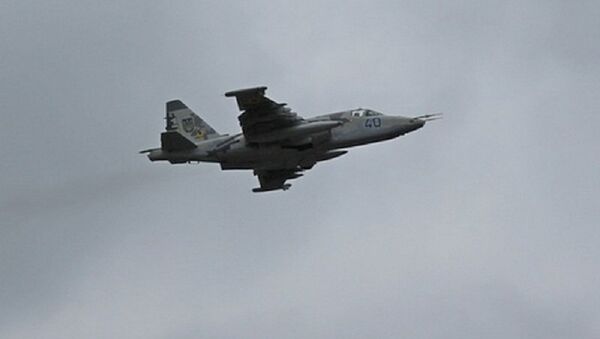 © Ministry of Defence of Ukraine
Subscribe
The Russian Defense Ministry on Thursday vehemently denied accusations of shooting down a Ukrainian combat plane, calling the claim ‘absurd.'

The Russian Defense Ministry on Thursday vehemently denied accusations of shooting down a Ukrainian combat plane, calling the claim ‘absurd.'

“This claim, as well as all previous accusations by Kiev against the Russian Defense Ministry, is absurd,” a high-ranking military official told RIA Novosti.

“We are being accused almost every day, with Kiev promising to provide ‘undeniable evidence’ as soon as possible. However, this ‘evidence’ tends to disappear without a trace, and they try to cover up the embarrassment with new and even more bizarre accusations,” the official said.

"Looking at the biographies of the current military leaders … it doesn’t take a guru to understand that these people have neither the military training, nor the practical experience in planning activities and combat employment of the troops and weapons systems under their command," the official said.

Earlier on the day, Security and Defense Council of Ukraine said that on Wednesday night a Russian military aircraft launched a missile at the Sukhoi Su-25 jet plane of the Ukrainian Armed Forces, which had been performing tasks on the territory of Ukraine. The plane was shot down, the pilot catapulted and was evacuated to a safe place.