US Drone Strike Kills at Least 13 in Northwest Pakistan 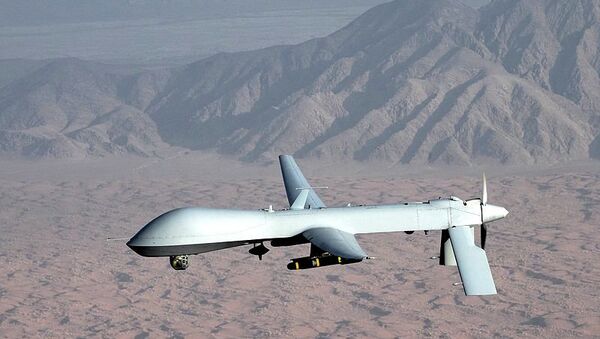 "A US drone fired two missiles targeting a militant compound in the Zoi Saidgai area, killing at least 13 insurgents,” the official told AFP.

“As has been made clear on earlier occasions, Pakistan considers such strikes as a violation of its sovereignty and territorial integrity,” the Pakistani Foreign Ministry stated.

This was the fifth drone attack since Washington resumed its drone activities in Pakistan in June.

According to London’s independent Bureau of Investigative Journalism, about 3,000 people have been killed by drone strikes in Pakistan since 2004, including at least 470 civilians and 60 children.

In June 2009, the United Nation Human Rights Council produced a report highly critical of the US drone use. The report stated that the US government failed to keep track of civilian causalities of its military operations, including drone attacks.

In June 2012 the UN High Commissioner for Human Rights Navi Pillay called for a new investigation, arguing that the US drone attacks violate human rights.

In December 2013, the United Nations passed a resolution against drone strikes. The resolution urges to ensure that the use of armed forces complies with international law.