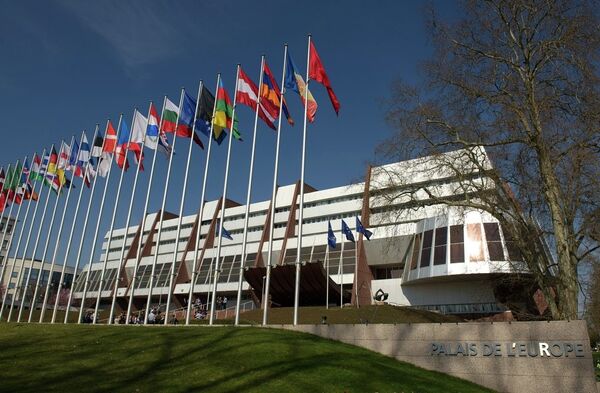 © Photo : PACE official website
Subscribe
Kiev has made very little headway toward coveted reforms, while the chances of following through on the needed changes are dwindling, a member of the Parliamentary Assembly of the Council of Europe (PACE) said Wednesday.

Kiev has made very little headway toward coveted reforms, while the chances of following through on the needed changes are dwindling, a member of the Parliamentary Assembly of the Council of Europe (PACE) said Wednesday.

“The window of opportunity in Ukraine to pass the constitutional, electoral and judicial reforms that are so essential for the development of the country is rapidly closing, and little has been achieved so far,” Marietta de Pourbaix-Lundin, PACE co-rapporteur for the monitoring of Ukraine representing Sweden, said in a comment about her four-day visit to Kiev and Odessa.

“President Poroshenko’s proposal for constitutional amendments only partially addresses the changes the country urgently needs. For instance, further amendments needed for the proper reform[s] of the judiciary and the Prosecutor General’s office are missing. From my contacts with all factions in the Verkhovna Rada, it’s clear there is only going to be one chance to amend the constitution in the foreseeable future, and the president should seize this chance,” the PACE representative stated, stressing the need for a strong impetus to the reform process.

The list of draft amendments to the Ukrainian constitution proposed by Ukrainian President Petro Poroshenko was submitted to the country’s parliament, the Verkhovna Rada, in late June. President Poroshenko stated that his reform proposals, including one to give more power to the regions, would help defuse the conflict in the country.

Moscow said Kiev has so far made no practical moves to discuss amendments to the country’s constitution with the conflict-ridden regions in eastern Ukraine, stressing that such an approach runs counter to the guidelines set out in the April 17 Geneva Accords revolving around an inclusive nationwide dialogue "in an effort to seek an agreement on constitutional reform."