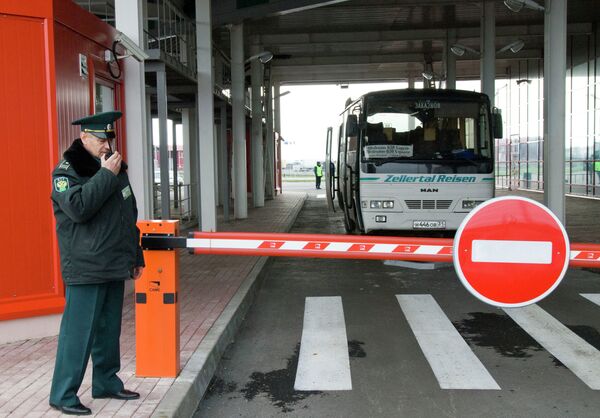 “The restrictions were removed [Saturday]. [Russian] citizens are being let through,” the source said. All checkpoints in Russia’s Belgorod and Voronezh regions are operating normally, the source added.

On Friday, the Ukrainian State Border Guard Service stopped letting Russian citizens aged between 18 and 60 through the Pletenevka checkpoint into Belgorod Region. The restrictions were supposed to be in force until June 26.

Russia’s Belgorod Region, located to the north of Ukraine, is currently receiving between 8,000 and 10,000 Ukrainian refugees every day, with up to 3,000 of them staying in the region, according to the Russian Emergency Situations Ministry’s regional department.

The total length of Belgorod Region’s borders is about 1,150 kilometers, of which 540 kilometers is shared with Ukraine’s Luhansk, Kharkiv and Sumy regions. Since February 2014, over 50,000 Ukrainian citizens have arrived in the region. As of Thursday, a total of 1,863 Ukrainians had applied for refugee status in Russia. The displaced Ukrainians have been accommodated at 48 temporary settlement facilities and provided with water, food and first aid as well as transportation services.

Amid violent clashes between independence supporters and government-backed forces conducting a military operation in eastern Ukraine, many local citizens have chosen to leave their homes and seek shelter in neighboring Russia.