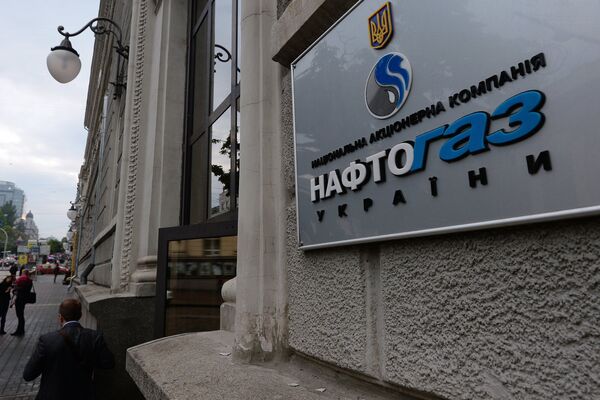 The previous rounds of talks on Kiev’s debt payments and a new gas price for Ukraine mediated by European Energy Commissioner Gunther Oettinger failed, forcing Gazprom to switch to a prepayment system for gas deliveries to Ukraine.

Kiev has been trying to leverage Gazprom’s reliance on its gas pipelines in the disagreement over the gas price increase to $485 per thousand cubic meters of imported Russian gas, effective April 1, when Moscow cancelled two major discounts for Ukraine.

Gazprom CEO Alexei Miller said that Kiev’s move to refocus the talks on price revisions rather than Ukraine’s $4.46 billion debt, as well as Naftogaz’ unwillingness to compromise, has deadlocked the negotiations.

The compromise from the Russian side was a $100 discount implemented as a lower export duty as well as the possibility to cancel the take-or-pay rule this year. Both offers have been turned down.

Russian Energy Minister Alexander Novak said earlier that the talks could continue only after Kiev pays off its gas debt. Novak also stressed that bilateral gas cooperation is in the interests of both Moscow and Kiev, as Ukraine needs gas deliveries from Gazprom, while Russia is interested in reliable gas transit to Europe.