OPINION: US Does Little to Protect Russian Adoptees From Abuse 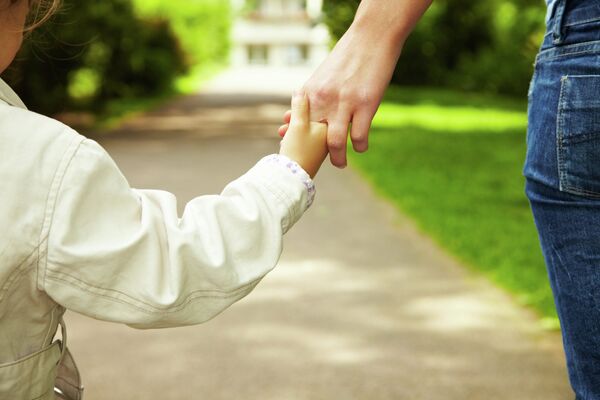 "If you are here, and you are Russian, and you got here because you were adopted, there is no one to call. You can call the police but what can they do. If you call protective services, that's probably not getting to do anything," Black said.

In January 2013, the Dima Yakovlev Law banning US adoptions went into effect in Russia. It was named after a 21-month-old Russian boy who died of heatstroke in July 2008 after his American adoptive father left him in the back seat of his car for nine hours. There were several prior cases of abuse of Russian children, as well.

Earlier this year, a Russian investigative officer said US investigators attempted to obscure a probe into the death of Maxim Kuzmin, a three-year-old Russian orphan who died in Texas following his adoption by an American family in 2012. He also said the US investigators refused to help their Russian counterparts without providing a legitimate reason.

"When the representatives of the Russian Embassy, the Russian Consulate and the attorney came to this Texas town and asked about children, they [Texas authorities] dismissed the charges against me and the rights were taken from the parents that week. They [Texas authorities] were trying to cover up all the years that they did not help the children, and they wanted me to stop making complaints about them. So, when the Russian diplomats got there, everything was corrected," Black said.

"[US] social services and law enforcement, in my eyes, are just as guilty, as the abusive parents. They protected the abusive parents. If you know that these guys need help and you go home to your nice family, you take your kids to the ball game and you don't care about those kids, and it's your job to help them, shame on you. Shame on all of them," she said.

Black added that Child Protective Services were incompetent and people sent to families' homes for investigation did not have professional training.

About 20 Russian children have reportedly died of abuse and many more suffered, she said.

"Over half of those are the cases known to Child Protective Services. The crimes against children are not treated like crimes," she said.

At the same time, Russian diplomats have been helpful "beyond their jobs" and always answered requests from Black, she said.

Under Russian law, a child can be adopted by foreigners one year following the entry of his or her information into the State Database of Orphans and Children Deprived from Parental Care. Decreasing the number of children in orphanages is one of Russia's priorities on the home stage.